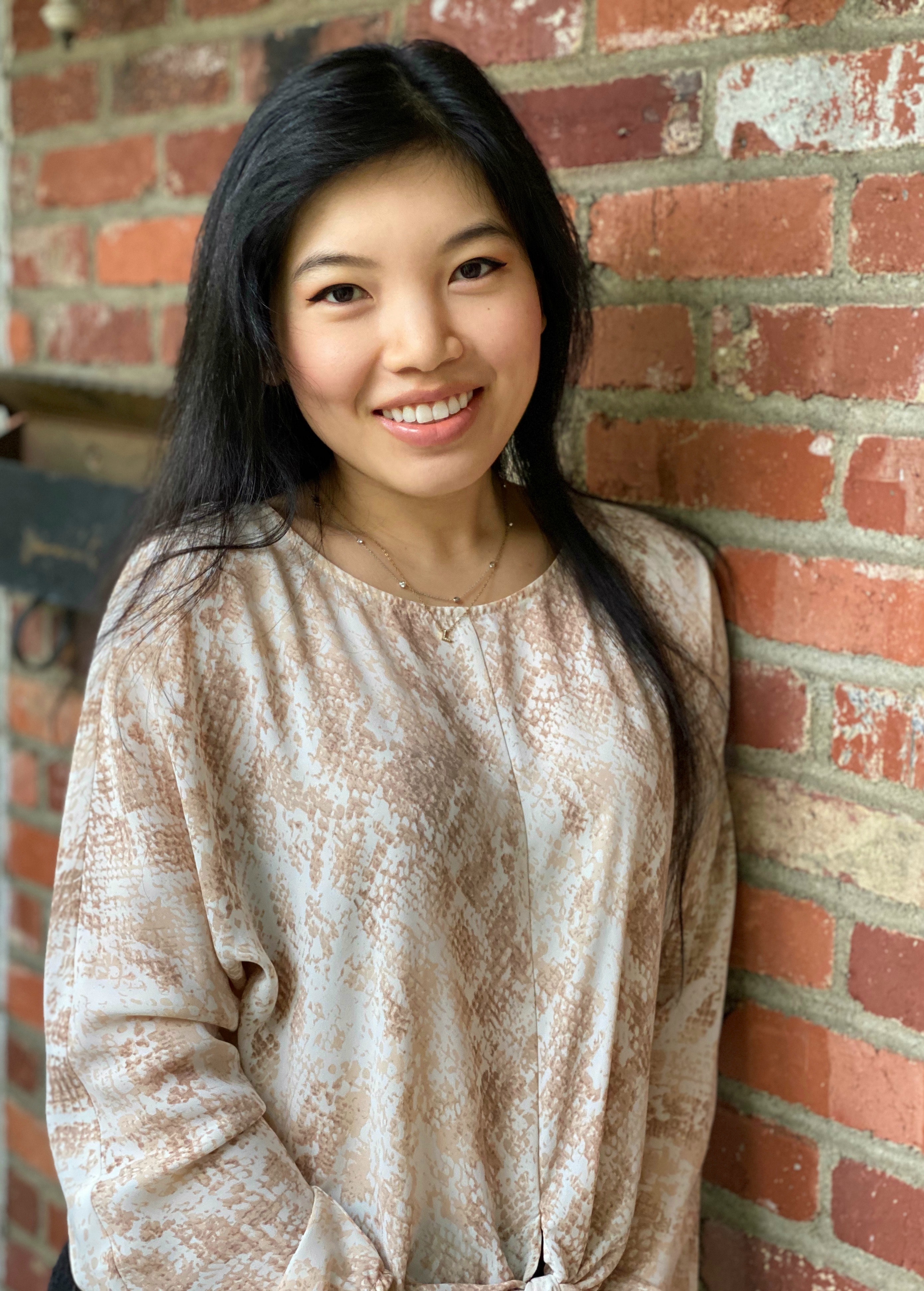 In January 2020, essayist Matthew Ball pronounced the metaverse to be the “next great labor platform.” Beyond a portal to entertainment, he envisioned the metaverse as the enabler of an inclusive, high value economy, in which any individual, regardless of location or identity, could participate via virtual labor.

Months later, in the wake of pandemic-induced economic fallout, this prediction quickly materialized. While some jobs moved online, many did not. Particularly impacted were blue-collar workers in emerging economies—local shopkeepers and service workers who watched already unstable income streams dry up. With bills to pay, people turned to new income sources wherever they could find them—including play-to-earn video games.

Play-to-earn is a new category of video games where players can earn rewards such as in-game assets and tokens, which can then be sold for cryptocurrencies and cashed out for local currencies.

In the Filipino town of Cabanatuan City, play-to-earn game Axie Infinity helped hundreds of people put food on the table and complete debt payments. Beyond the promise of reliable income, some found that playing the game to be more enjoyable and lucrative than local minimum-wage jobs.

Unlike previous iterations of online work which centered around real-world value being exchanged through platforms, Axie Infinity was part of a burgeoning ecosystem of virtual worlds in which people earn income, connect, and socialize—entirely online.

Founded just three years ago, Axie Infinity has $25M daily marketplace volume, $9B run rate, and over 400k DAUs, as of July 2021. Players across the world are earning between $500-1000 per month playing the game.

For all of the game’s promise, there are barriers to entry: to play Axie Infinity, a player must first purchase a team of three Axies, which are themselves non-fungible tokens (NFTs). In the early days of the game, Axies were affordable for all those wanting to play, but as excitement for the game grew, so did the price of Axies.

Today, purchasing Axies can be prohibitively expensive: a starter team can easily cost upwards of $500. That dynamic threatens to plague virtual worlds with the same structures of inequality that exist offline, with those in greatest need of play-to-earn’s potential being excluded from participating.

YGG is a gaming guild that purchases and rents teams of Axies to new players who would be otherwise unable to afford the assets necessary to play the game. YGG also provides these players with training and support along the way. While the program is free, Axie revenues earned by the player are shared with their community manager and YGG.

Currently, there is more demand for such scholarships than there are programs to meet it. In response, YGG recently introduced the Sponsor-A-Scholar program, which allows patrons to donate funds to help expand YGG’s fleet of Axies and serve more scholars. Flying Falcon, a pseudonymous benefactor, was the first to contribute to the Sponsor-A-Scholar program, sponsoring a total of 50 players in May 2021.

A study by the World Bank found that people prefer a reciprocal approach to philanthropic donations: in other words, they get something for the money they donate. Since NFTs themselves are viewed as stores of value, NFT auctions can be effective as fundraising mechanisms, encouraging higher interest in bidding.

At the same time that YGG was emerging, Li Jin, founder of Atelier Ventures, began exploring ways of funding the long tail of internet creators, ultimating culminating in an essay proposing that platforms and DAOs enact Universal Creative Income (UCI). Beyond simply calling for UCI, Jin was eager to help fund such a proposal as the one she had envisioned in her essay.

Recognizing the power of NFTs to raise funds for good and garner community support, and on the heels of a successful NFT debut, Jin auctioned a second NFT (co-created with illustrator Annie Zhao) representing her UCI essay. All proceeds, she announced, would be donated to the Sponsor-A-Scholar program by Yield Guild Games.

But the story doesn’t end there.

Following the close of the auction, Richerd proposed that he fractionalize the NFT and sell a part of it to the second-highest bidder, Jason Li (whose bid was 4.866 ETH or $11,000), donating the additional proceeds to the program. Jason generously agreed.

They decided to name the scholarship “Leaping Corgi Scholarship” to honor Li’s love of corgis—animals that are as intelligent as they are adorable.

Richard and Jason’s combined donation of 10.5629 ETH ($23,878) will fund a total of 87 scholars from developing countries to be able to play-to-earn with Axie Infinity. These scholars will be chosen by YGG’s community managers based on referrals from their existing scholar community, and will be based in countries such as the Philippines, Indonesia, Venezuela and Brazil.

All proceeds from the Leaping Corgi Scholarship NFT edition sales will go towards funding additional scholarships. If we sell all editions, we can sponsor an additional Axie team.

Richerd is the founder of manifold.xyz, the premier NFT product and smart contract technology firm for creatives in the NFT space. Though he has been in crypto for almost a decade, Richerd first dove into the NFT space at the start of 2021. As he began collecting NFT artwork and connecting with the artist community, Richerd saw how much room there was for innovation. With a background in blockchain development, game design, and art, Richard and his team started to work with artists on developing bespoke NFTs and smART contracts.They are currently taking their learnings and experiences to create tools and an ecosystem to power the creator economy and enable creators.

“I love the NFT space because it's the perfect interaction of everything I love - art, technology, crypto, and programming,” said Richerd. “Art is super important to me. I’m an artist at times too, so I get it,” he said.

The Runner Up: Jason Li

Jason is a passionate art collector and co-founder of Outland Art, a marketing and consulting platform for artists and galleries. Jason and his team recently pivoted toward the metaverse and NFT world. As a new medium, he believes that traditional artists can re-imagine how to express themselves using NFTs.

“In the traditional art world, artists have been making prints/editions for more than a century, it is the artist signatures and authorizations that make a regular printed piece of paper valuable. This is almost the same concept as an NFT except NFT provides much easier authentication process. I truly believe this technology will significantly change some part of the traditional art world and broaden people’s imagination about what is possible.” said Jason.

Of the 87 scholarship recipients, 52 are located in the Philippines, 10 are in India, 10 are in LATAM, and 15 are in Brazil. The following are comments from some of the scholars, expressing their gratitude and explaining how they intend to spend their earnings.

"I applied for the scholarship because I am unemployed, and it has been very difficult for me as a single mother recently arrived in Peru. I couldn't believe the joy I felt at being chosen. I am extremely grateful. For my earnings, apart from setting aside a little for rent and food, I will invest in the game with the Axies." -YGG Scholar 2460—Leaping Corgi, Peru.

“I am planning to give half of my earnings to my mother so that we can continue to build our house and give some for paying our bills. I am super excited to play this game because I can earn money while enjoying the game.” - YGG Scholar 2453—Leaping Corgi, Philippines.

“I'm thrilled to finally be part of this life-changing game. I'm planning to spend my earnings on my brother's education since he's now studying in college. The other portion would be for my personal savings.” - YGG Scholar 2450—Leaping Corgi, Philippines.

“I was very happy and excited to start. I graduated in architecture this year, but with this crisis and pandemic, many people stopped hiring. With this scholarship, I can manage my time, play, study, and I know I can count on extra income at the end of the month.” - YGG Scholar 2470—Leaping Corgi, Brazil.

With thanks to Lila Shroff.